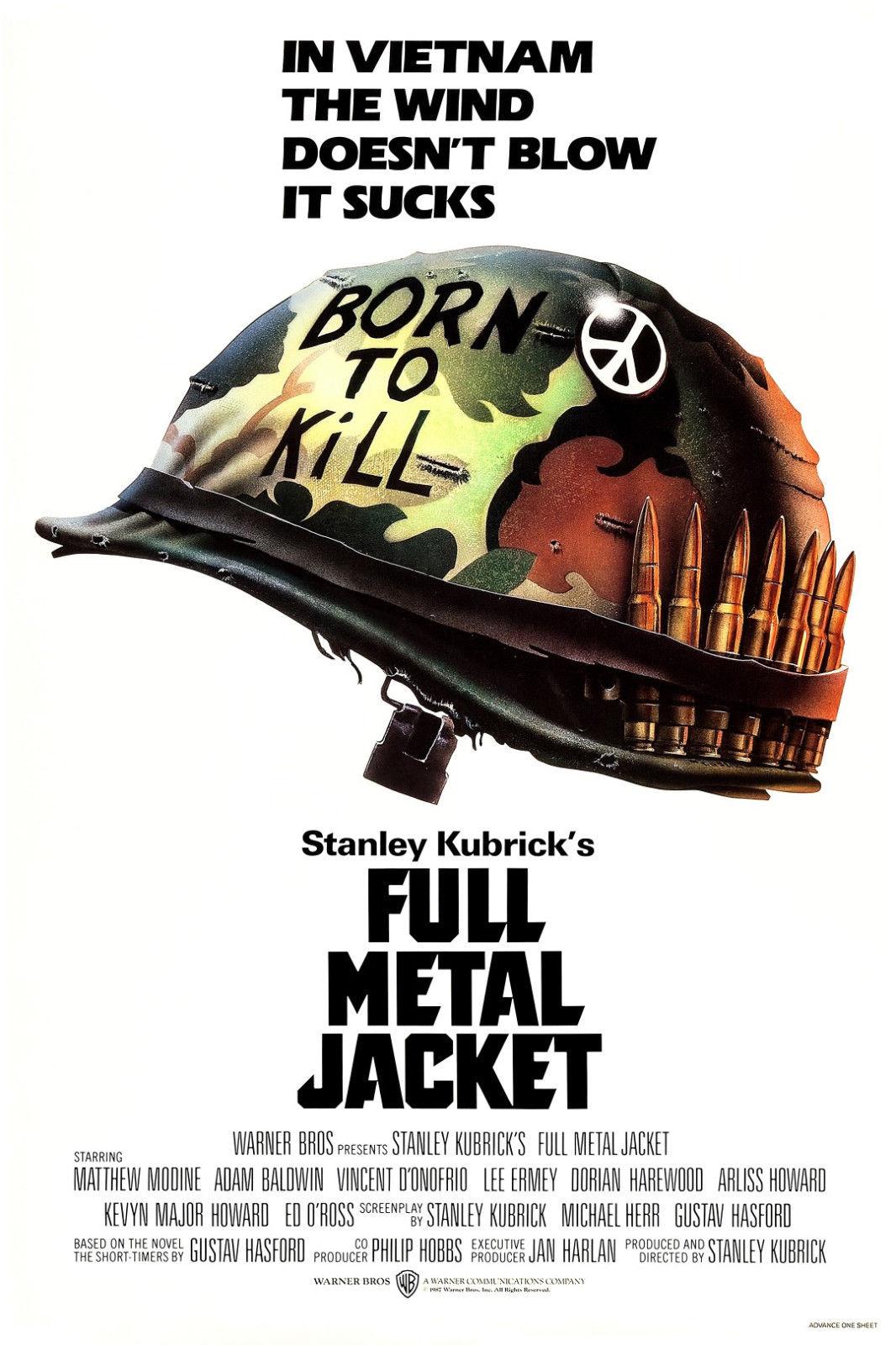 The Vietnam War is one of the most controversial wars in history, both around the world and especially in the United States. Many citizens in the U.S.A. were against the war, thinking the American Government shouldn't get involved in matters that didn't necessarily concern them. At the same time, the soldiers were mocked and disgraced when they came back home from the War, even though they experienced years of torture and pain throughout their deployment in the foreign company. Acclaimed director Stanley Kubrick decided to take the Vietnam War and use that subject material to craft a brutal and honest film that shows the hardships the soldiers had to go through, as well as the dehumanizing effects the long-lasting battles had on the soldiers as human beings.

Kubrick splits the film into two parts. The first half of the film revolves around the boot camp that the soldiers go through before being sent to battle. The recruits include Private Joker (Matthew Modine), Private Cowboy (Arliss Howard), and Private Pyle (Vincent D'Onofrio) as they try to make their way through the next several grueling weeks. They are led by the vicious and cruel Sergeant Hartman (R. Lee Ermey), whose methods of teaching and training may prove to be too much for some of the soldiers that have enlisted.

The film then switches to its second half, which details Joker's time during the War and the people he encountered. Him and his fellow American soldiers must make their way through Vietnam, killing their enemies and trying to end this vicious and horrible war. The only thing they want is to make it back home alive, no matter the cost or what they must do to make it happen.

In a way, I think the first part of this movie is far superior than the latter half. There is no doubt that both halves of this movie are great and contain fantastic acting performances and directing from Kubrick, but I think the training camp segment details the soldier's mindset and dehumanization than the actual war does. Joker and all of the other recruits have to fight to survive in this hellhole that the American government has put them in, only wanting to make it back home in one piece.

However, the best part about this segment is the relationship between Pyle and Hartman. I think that in a way, Kubrick is using social commentary in this segment to detail the abuse and pain that the American Government sends its own citizens through while on home turf still. For some reason, Hartman decides to target Pyle throughout their stint in the training camp, using all of his energy to bully and tear down the overweight recruit. At the same time, he makes Pyle enemies out of all the other soldiers due to his weight and his inability to do the tasks that the other soldiers have to complete in the training camp. Because of this, it takes a personal toll on Pyle and his mental health, who's mental decline is documented as the first half of the film goes on. This is perhaps one of the best cases of dehumanization in a person ever put on film, and the ending of the first part is so hauntingly real and terrifying due to its real-life nature and circumstances of what happened.

The part of the film that takes place in Vietnam is more of a collage of images and events that took place throughout the war. It is a documentation of sorts of what the soldiers actually went through, relying more on visuals and events to further the plot. It is definitely a step-down from the first part of the movie, but is no where near to be considered bad. It is still brilliant and masterfully shot by Kubrick, and also details the hardships and cruelty the soldiers had to go through, even after bootcamp.

There have been numerous films that have been made about the Vietnam War and what the soldiers went through, but I think this is perhaps the best to get a real sense of the dehumanization and pain our soldiers went through. There is no doubt in my mind that other Vietnam films, such as Francis Ford Coppola's "Apocalypse Now", are beautiful masterpieces, but this film has a certain raw and gritty quality to it that makes it seem more real and hard to watch. Kubrick was definitely ahead of his time when he was still alive and making films, and "Full Metal Jacket" is just one of those films that proves how great he really was.