"The Adventures of Ichabod and Mr. Toad" Film Review 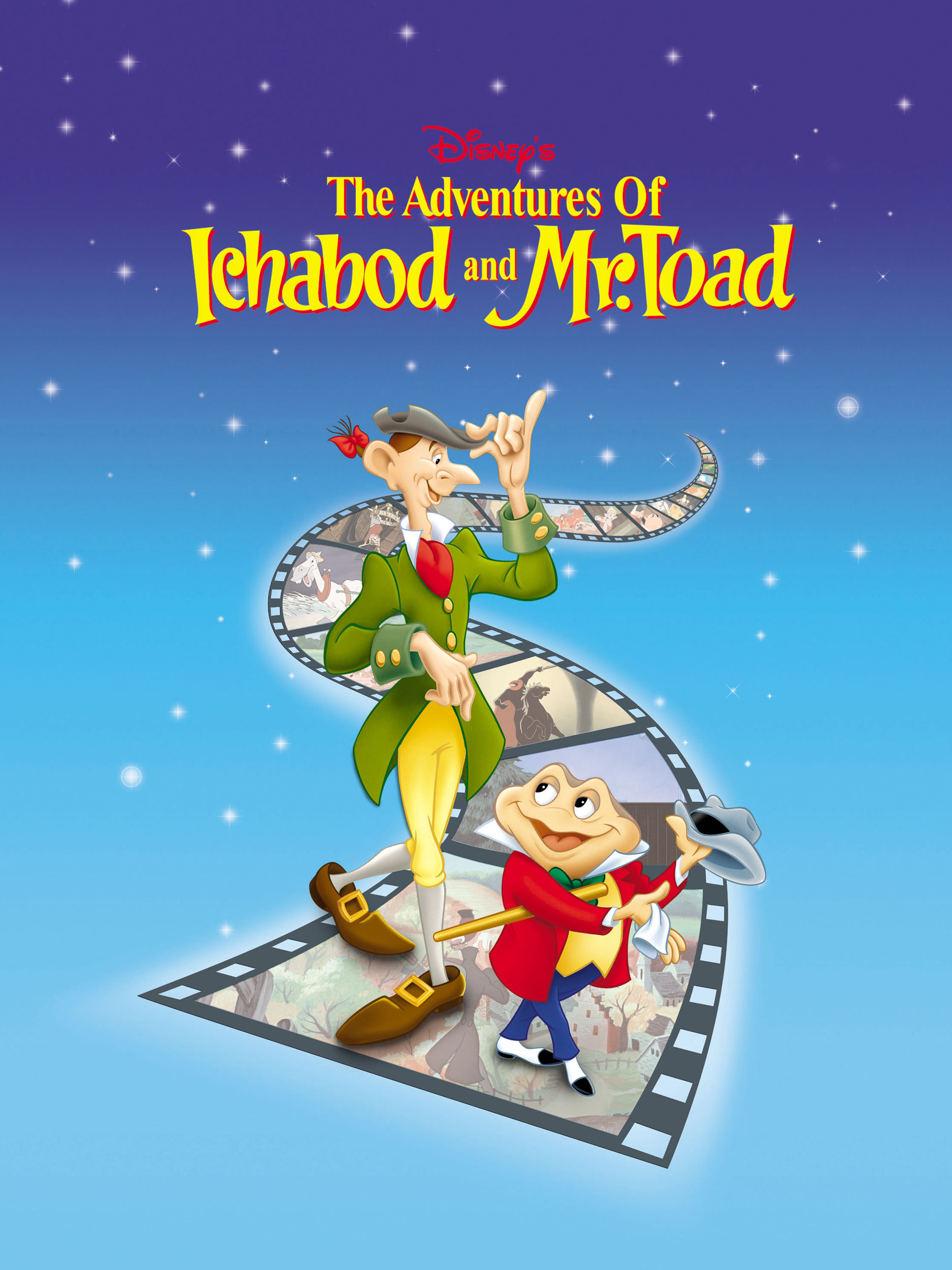 "The Adventures of Ichabod and Mr. Toad" Film Review

The last of the Disney package films, "The Adventures of Ichabod and Mr. Toad", takes two classic novels and devote half of the screen-time to each story. This is much different compared to the other package films, which usually consisted of short animated films that relied on musical numbers or very quick stories to fill up the runtime. Due to the longer stories and more engaging plots, I would say this is easily the best of the Disney package films, and has inspired films and theme parks years after the release of this film.

The first story that the movie focuses on is "The Wind in the Willows", a 1908 children's novel by Kenneth Grahame. The plot of the book and movie centers around Mr. Toad (Eric Blore), who is an aristocratic toad that is obsessed with the newest fads. The fad he is obsessed with in this novel? A motorcar. He becomes obsessed with owning a motorcar, which makes him go crazy and act out. When he is arrested and prosecuted for the theft of a car, he must enlist his friends, Mole (Colin Campbell), Ratty (Claud Allister), and MacBadger (Campbell Grant), to prove his innocence in the court of law. The story is narrated by Basil Rathbone.

The story that takes up the latter half of the runtime focuses on the novel "Sleepy Hollow", written by Washington Irving in 1820. It is centered around Ichabod Crane (Pinto Colvig), who is the new schoolmaster in town. Everyone takes a liking to the new school teacher, usually inviting him over for dinner and dessert. However, he falls in love with Katrina Van Tassel, who's the town beauty and comes from a rich family. But, when the town bully, Brom Bones, is threatened by the new man in town, he tries to make his life horrible to kick him out of town. Little do they know, though, there is something evil lurking around the corner on the edge of town. The entire segment is narrated by Bing Crosby.

The first story about Mr. Toad is simply a lot of fun. The entire plot focuses around the rich amphibian and his obsessions. Because of this, the segment of the film is so much fun and very easy to watch, allowing the viewer to sit back and have a good time. There isn't really much thinking behind the movie, and more serves as immersing the audience into the film and making them feel like they are along for the ride.

I really adore the characters of this movie. They have Mr. Toad, who is the funny and impulsive character of the story. He makes the worst decisions, but it is so incredibly hard not to like him or relate to how he feels at time. Then, for the side characters, you have his friends that all represent different personalities. Ratty is the serious and detective-like character, Mole is the fun and loving character who just wants to be with his friends and have a good time, and MacBadger is the stressed and angry character that is reminiscent of Grumpy from the first Disney animated film. It gives the viewer all of these different characters, which allows the plot to further along nicely and refreshingly compared to the other package films. I also really like how the antagonist, who is a bartender that becomes the owner of Toad Manor after Mr. Toad trades it for a car, is not evil or particularly unlikable. He is just a very greedy man who is manipulative in his ways, a perfect foil for Mr. Toad.

Moving onto the next film segment, I think the story of Ichabod is the most famous out of the two, but is the lesser of the two in my opinion. I think it moves slower and doesn't really focus on the horror element of the Headless Horseman, like it does in other installments of this classic novel. Instead, it focuses more on the main characters and the love story between Ichabod and Katrina. Don't get me wrong, the interactions and story of these characters is great and fun to watch, but I honestly wish we got more of the Headless Horseman than what we received in this movie.

For both films however, the animation is beautifully done for both segments, with each segment looking vastly different than the last. The animators definitely put a lot of time and effort into making this film look as beautiful as some of the other Disney films that came before it. I do think these two stories were really interesting to put together though. I don't think they really fit together, and I think they would have worked better in different package films or as standalone movies.

The interesting thing about this film is the inspiration it has had on the film and theme park community. The most notable is the inclusion of the "Mr. Toad's Wild Ride" at Disneyland in Anaheim, which is a huge fan-favorite for many years now. "Sleepy Hollow" has also been adapted and changed multiple times in Hollywood, with the most notable being Tim Burton's take on it with Johnny Depp in the starring role. The Headless Horseman actually does make an appearance every Halloween at Disneyland's neighboring theme park, Disney California Adventure. I think that by the inspiration that this movie had and the ongoing influence that is found throughout Hollywood and the Disney theme parks, this elevates this package film to another level, making it much more important than the other films during the war-time era.