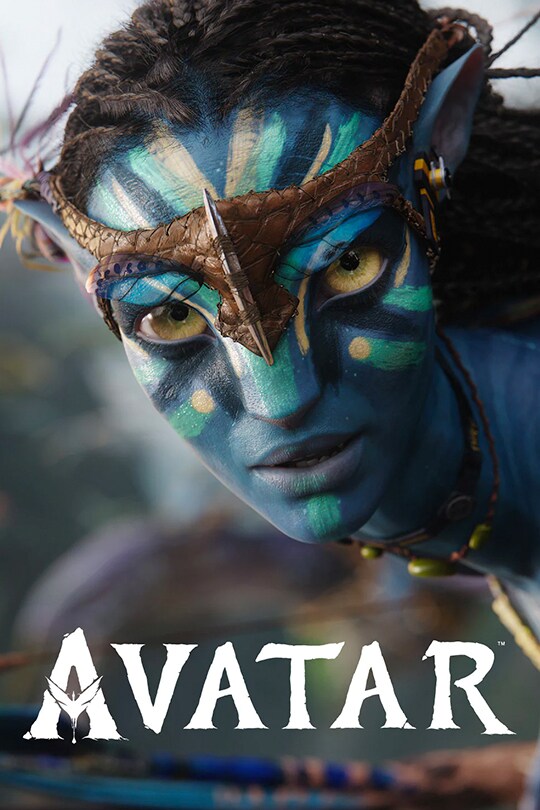 James Cameron is just great at making massive blockbusters. From "Titanic" to "Terminator 2: Judgement Day", he is able to craft these stories that not only entertain the audience, but provide a unique and monumental viewing experience. Even though I would say his aforementioned films are better than this one, "Avatar" is still a beautifully unique experience that viewers have never experienced before. From the wonderful world-building of Pandora to the different aspects of the characters, Cameron really gave it his all to tell the story of Jake Sully and the Na'vi.

The film opens with a voiceover from Jake (Sam Worthington), whose brother has been training and researching life on Pandora for years now, only to be shot down and killed before he is supposed to ship out. Because of that, Jake is practically forced to take his place as he and his brother share the same genetics. However, with Jake being a quadriplegic due to war injuries, he worries how well he will be able to take on his new role.

What he discovers when he gets there is that he will be transferred into an Avatar of the Na'vi tribe, which are giant blue human-like creatures that occupy the world the humans are hoping to inhabit. Alongside Dr. Grace Augustine (Sigourney Weaver) and fellow scientist Norm Spellman (Joel David Moore), Jake is able to interact with the people and the numerous aspects of the world, which is very different compared to Earth.

However, at the same time, he learns of the humans' real agenda, which is to remove the indigenous people and suck out all of the resources of Pandora to make a profit. Led by Col. Quaritch (Stephen Lang), they are forcing their scientists and soldiers to practically destroy everything about Pandora that makes it special. Once Jake and his colleagues learn about this, they must help the Na'vi people fight against the humans, especially since Jake has fallen in love with the chief's daughter, Neytiri (Zoe Saldaña).

This movie is without a doubt visually stunning. It is perhaps one of the most beautifully shot movies in terms of CGI and in the way that Cameron is able to fully immerse the viewers into the world of Pandora. Each shot is so strategically captured and every second of the film has a purpose. If this movie went for more of the aesthetic of the shot and the beauty of the scenery, rather than the story-side of movie making, well then this film succeeded with flying colors.

But, that's perhaps the thing that might hold this film back. The story and the screenplay are very generic, and it is easy to predict what is going to happen next. Cameron is known for taking these simple stories and brining them to life in this magnificent and bold new way. But, I think the story is really lacking here in some parts. It sort of feels like a rip-off of other films that have come before it at time, especially Disney's "Pocahontas", which it borrows some of the plot lines from. From scenes that seem very drawn out to characters and plot lines that the viewers care nothing about, I think Cameron and his team should have spent more time crafting and perfecting the story, while also focusing on the beautiful CGI.

I think all of the actors do a stellar job at their respective roles. Worthington gives a closed-off performance as Jake, not really allowing you to get close to him, yet giving a very personal touch to this role. Also, to his credit and to the credit of Cameron, I think they gave one of the best on-screen portrayals of a character in a wheelchair. I was blown away by the way they were able to factually bring it to screen and beautifully capture the presence of that community.

The Na'vi warriors are beautiful and amazing, able to fully take control of the screen presence and keep the viewers eyes on the screen at all time. Saldaña is a very powerful and badass female warrior, and reminds me some of Disney's Pocahontas, as mentioned earlier. No matter what role they played in this film, all of the actors gave it all and left it all out on the screen.

This is perhaps Cameron's biggest blockbuster, surpassing the box office numbers of all of his other movies to become the highest grossing movie of all time. Is it his best film? Absolutely not, and in fact, far from it. But, for what it is, I think it is a very entertaining film, and can still be hailed as a blockbuster masterpiece that pushed the boundaries of the imagination of both filmmakers and viewers, showing what is possible in the world of film and 3D.