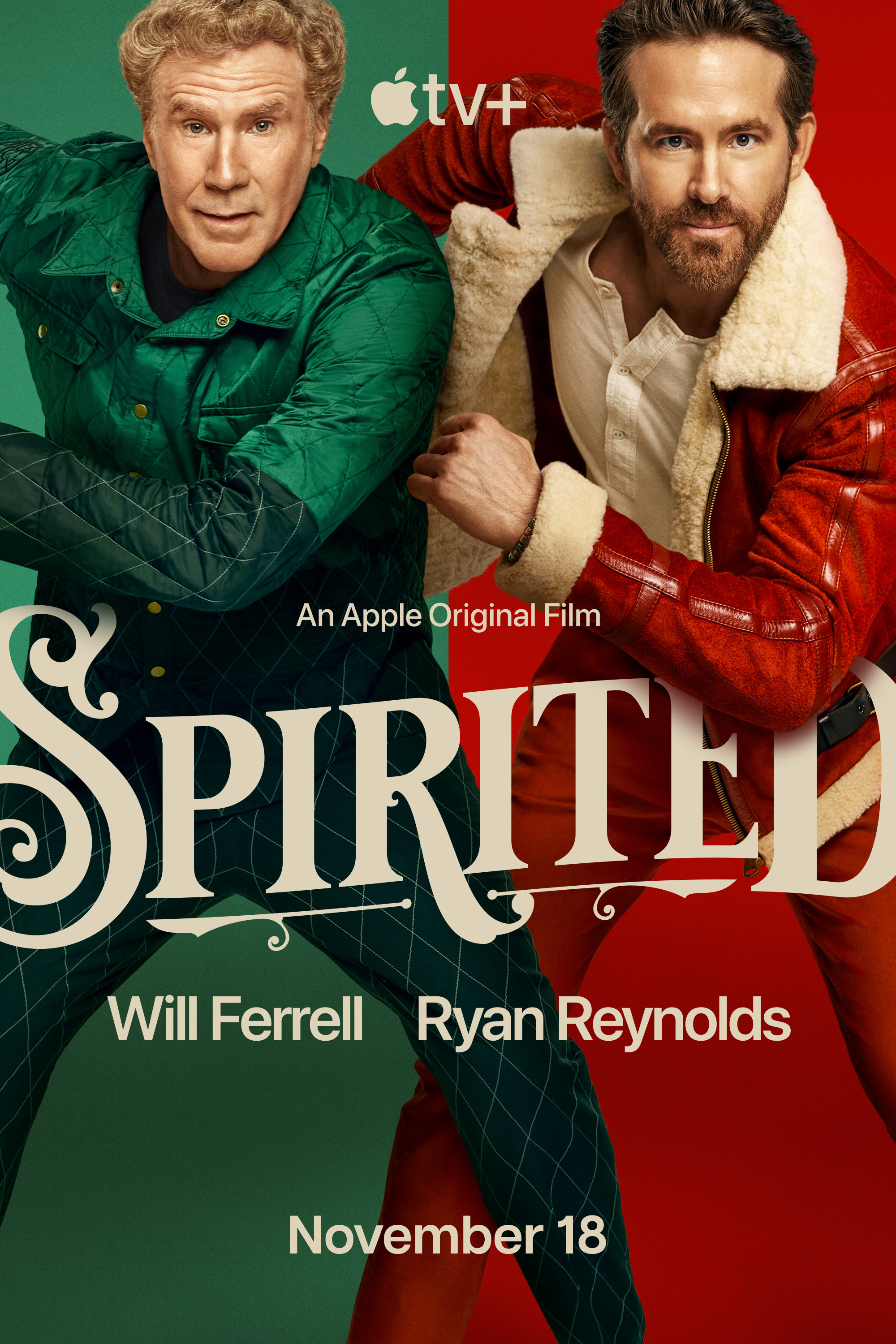 Charles Dickens' classic novel, "A Christmas Carol", has been adapted into numerous films and play adaptations, each one either retelling the classic tale or putting their own spin on the story. From a Disney animated film to the story being centered around the Muppets, Dickens' novel is still relevant in society today, in both literature and film. So, when a musical version of the novel was announced, with Ryan Reynolds and Will Ferrell to star, it was pretty exciting knowing that we're getting a film like this, with these two giant comedy powerhouses starring together. Thankfully, the movie didn't disappoint, and gave its own fun and hilarious version of the story, with catchy musical numbers and great performances by the two main leads.

Ferrell stars as The Ghost of Christmas Present, one of the trio of spirits that haunt despicable people over the holidays. They have been successfully curing people of their horrible attitudes, and they try to find a harder subject to take on year after year. However, Present has been doing this for quite a long time, and he wants to be able to retire and live the rest of his life out on Earth, giving him a second chance at a life.

He reluctantly goes to scout for new victims, and that's when he finds the perfect candidate: a controversial media consultant named Clint Briggs (Reynolds), whose whole job is to start controversy and fights on social media. However, he is dismissed when he brings up this next case as Briggs is declared "unredeemable". After convincing the higher-ups at the ghost corporation, they reluctantly agree to let Present take this case on for his final one.

What he doesn't expect is that Briggs will change the story, as they reflect on both Present's and Briggs' pasts, reflecting on how each of them got to their respective places in life. It makes both of them reflect on where they went wrong, and how they can change as a person, even if it takes some convincing through musical numbers and magical moments.

Unsurprisingly, this movie is loads of fun, with Reynolds and Ferrell really bringing the Christmas cheer into the hearts of viewers around the world. This movie oozes with charisma and charm, and it easily sets the mood for the upcoming holiday season. The two actors are so lovable and fun, and have great chemistry with each other on the screen. It never feels boring or tiresome when they are on the screen, which is thankfully quite a bit.

The two characters seem like foils of one another. Briggs doesn't see that what he is doing is wrong and detrimental to everyone he comes across. At the same time, Present is trying to change him for the better, hoping he can redeem himself for his past life (which we learn quite a bit about surprisingly). Together, they would seem like the perfect duo if they got along, but that's what makes this movie so funny is that they can't stand each other and want to be done with the Christmas Haunting.

Sunita Mani and Octavia Spencer play the roles of Ghost of Christmas Past and Briggs' right-hand-man, Kimberly, respectively; they each do an excellent job bringing these characters to life. They're both very funny and a lot of fun to watch, especially due to the fact that Past thinks Briggs is in love with her and eventually ends up sleeping with him. It's very cheeky for a family Christmas film, but it honestly works so well.

The movie is accompanied by multiple musical numbers, which I think were all a lot of fun and joyous to watch. They all use tongue-in-cheek humor, but it is hilarious watching Ferrell and Reynolds dance around and sing, something we got a glimpse of in "Step Brothers" for Ferrell. This movie really uses all of its actors to its advantage, allowing them to fully give their all and charm the pants off all of the audience members.

One thing I would note about this movie is that they could have maybe tightened up the plot and pacing. This movie comes in at around 2 hours and 10 minutes, when they could have easily trimmed off maybe twenty minutes of it. It doesn't take away from the joyous viewing experience, but it could have been a bit shorter and tighter. At the same time, there is one plot element towards the end of the film that is out of the blue and very dark for a movie like this, kinda dampening the tone for the rest of the film. It just seems completely out of place, and almost seems manipulative of the viewer's emotions.

Overall, however, I would say this is a great modern Christmas movie. Did it change the game like Ferrell's earlier movie, "Elf", did? Definitely not, but I appreciate and love it for what it is and I applaud everyone involved in bringing this Christmas film to life.