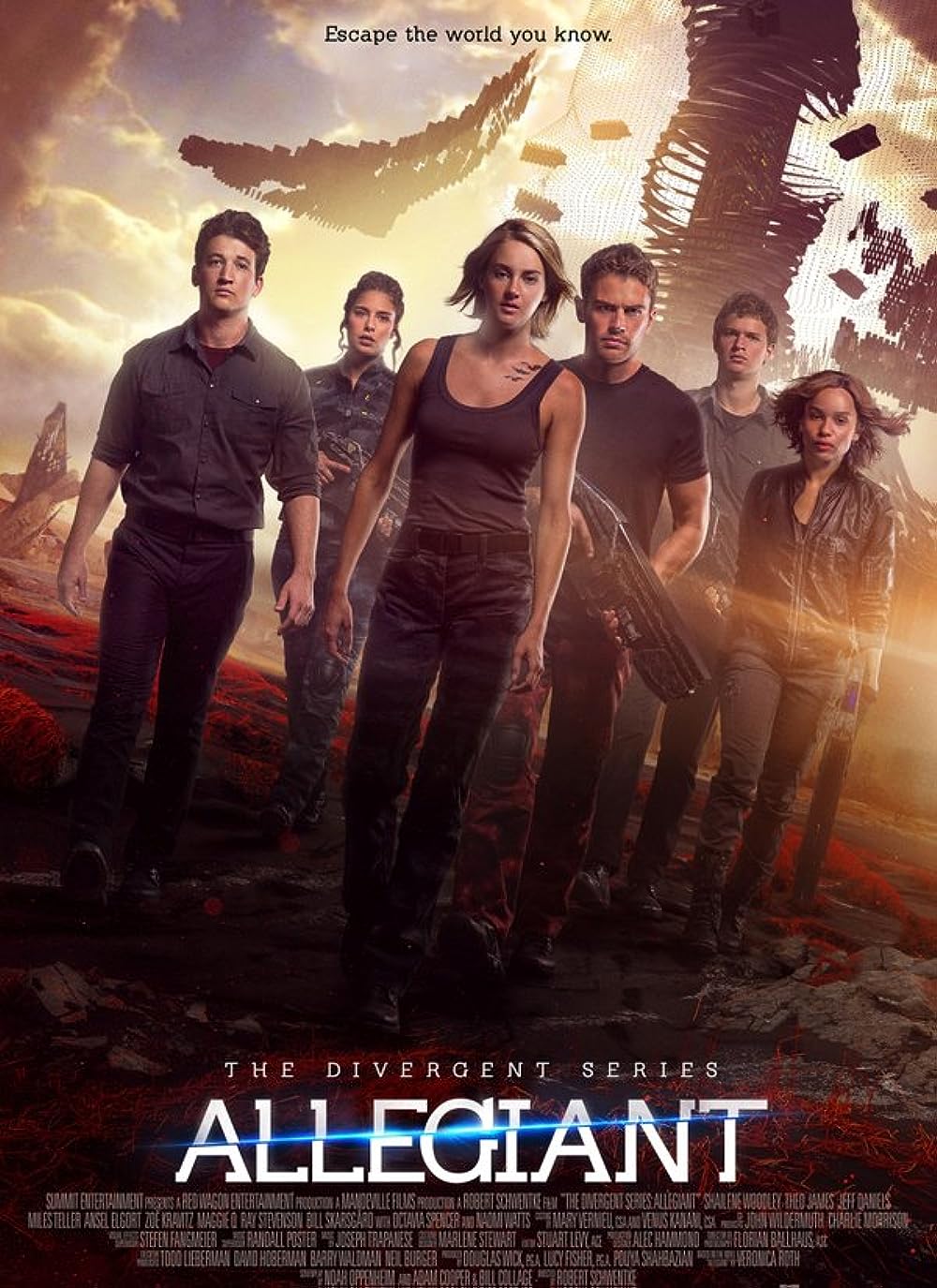 I enjoyed the first "Divergent" film quite a bit. Even though it is not a great film by any means, it was still an entertaining way to pass two hours. However, they have demonstrated that every Divergent film they release just gets worse and worse. I contemplated giving this film only a one star rating, but felt that was a bit too harsh as this movie does contain some good action sequences and Theo James is always enjoyable. However, in every other aspect, this movie fails marvelously at everything it is trying to do, from the story to character development.

This film adapts the first half of Veronica Roth's final novel in the "Divergent" series, as the filmmakers decide to split the novel into two films like "The Hunger Games" and "Harry Potter" did. However, in terms of this franchise, I think this was one of the worst decisions they could make. Prior to watching these films, I read this series, and the final book just doesn't have the star material to split it into two films. A lot of the novel, and subsequently the film, is just a meandering mess with too much political context and talkative scenes that will fly over the viewer's head.

The problem with both the novel and the film is that they assume the viewer/readers know more about the world than we actually do. They want to put us head first into this new world outside of the Wall, which we know nothing about. We have no attachment to this setting or new set of characters, but they want us to think we do. Ultimately, and unsurprisingly, it doesn't work at all. None of the new characters, which are portrayed by actors such as Jeff Daniels and Bill Skarsgård, are just uninteresting and kind of ridiculous. They want to set up Daniels' character as the new main antagonist, even though he is both unthreatening or a very good villain.

Then, in the part of the story we actually care about, they meander throughout the movie, and nothing really happens. It is pretty ridiculous how we spent two movies to build up this futuristic world of Chicago only to put it on the back burner in one of the final films. It makes the viewer question why the hell we just sat through over four hours of content for something that doesn't even matter. Not only is it frustrating, but it is honestly a huge waste of money and talent trying to make this film. After a while, it starts to feel very repetitive and redundant on numerous aspects of the plot. For example, there is a character in this film that has screwed over the two main characters every chance he gets, but they keep forgiving him and trusting him afterwards, just for him to do it again. It makes you wonder when they will ever learn to not trust him.

I mentioned in my reviews for the first two films that Shailene Woodley gives great performances as the main protagonist, Tris, but I can unfortunately not say it for this film. It is nothing against her acting talents, but the writing of her character really brings her down. She is not enjoyable or a good protagonist, but is rather a very annoying and blinded character. They make her character stupider than she was in the previous films, which is really insulting for both the character and fans of this franchise.

However, James gives another fantastic performance as Four. I think he is too good for these movies and the characterization he was given, but for what he has, he gives it his all. He had to get a breakthrough somewhere, and this franchise is fine for his breakthrough into mainstream Hollywood. I think he is a fantastic actor who will hopefully have a very long and fruitful career in the film industry. He is perhaps the main reason this movie doesn't have a 1 star rating, and this is honestly a major accolade for him in my book.

At the same time, there are some pretty good action sequences throughout this movie, mainly the airplane fight scene with Four and Skarsgård's character. I think it was beautifully shot and choreographed, as are many of the action action and fight scenes that are present throughout this movie. It really makes me, as the viewer, wish that the whole film was this concise and beautiful.

There was going to be a final film to conclude the franchise, but it was scrapped after the negative reception and box office results it turned out, and I honestly don't blame the studio. I don't really know what the filmmakers were thinking making this film, but they ruined any chance this franchise has of moving forward. It's honestly very disappointing due to how enjoyable and promising the first movie was.