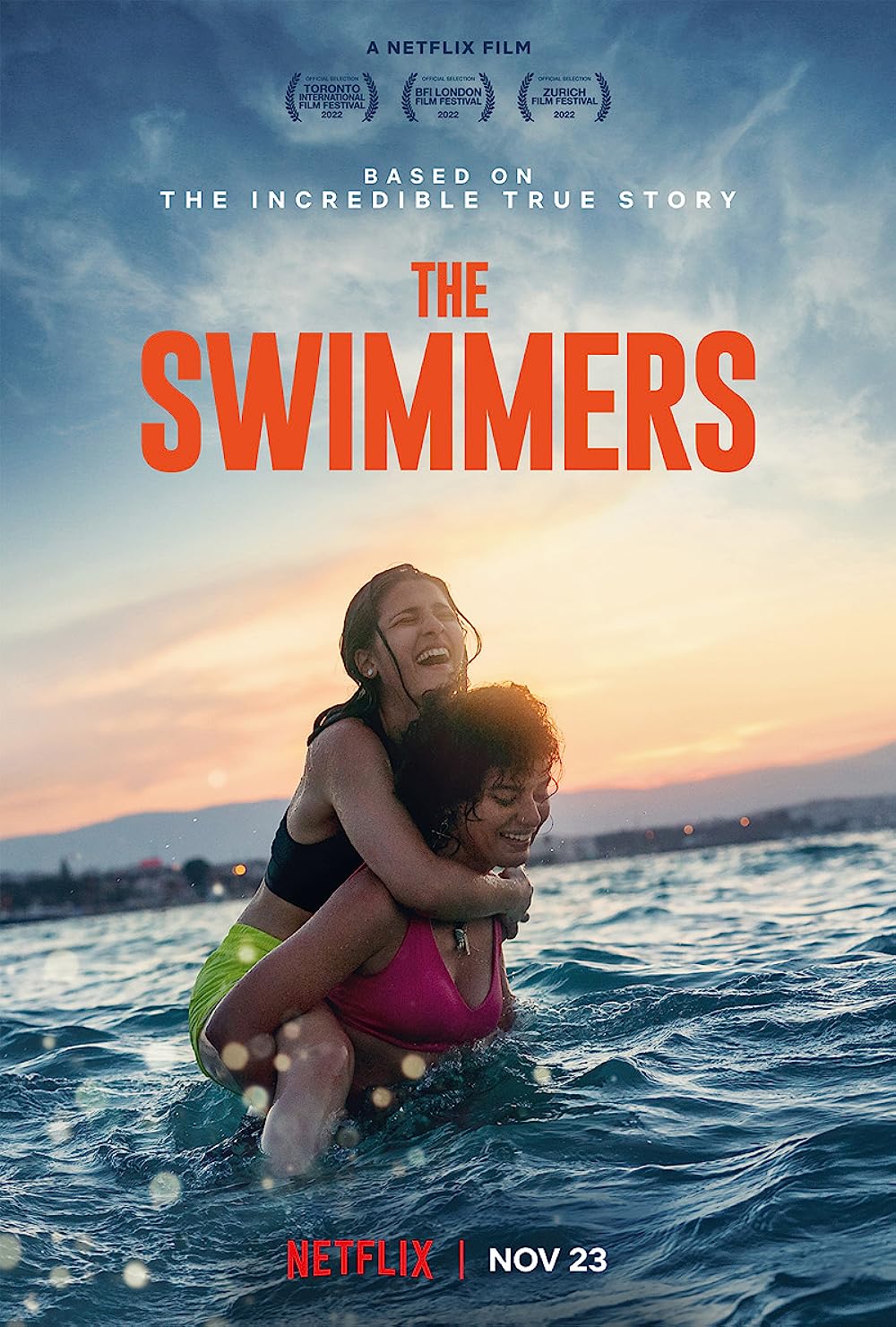 The Olympics are an event that countries look forward to every four years, with athletes training like crazy for that shot to stand on the podium and receive the medal for all of their hard work. It doesn't matter what country you're from or who you are, if you train hard enough and always try to improve, you have a shot at winning the medal for both yourself and your country. However, recently, athletes in some countries haven't been able to have that opportunity due to ongoing wars and terrorist organizations turning these countries into war zones. That is the problem Syrian swimmer Yusra Mardini (Nathalie Issa) faces. She has trained her whole life to go to the Olympics to represent Syria and make both her country and her father proud. However, from the ongoing war in Syria and the terrorist attacks around the country, she and her sister, Sara (Manal Issa) are forced to become refugees to survive in this gripping true drama about two sisters' will to survive and make their dreams come true.

The film opens a few years before the events that take place in the movie, which shows the two sisters swimming and having a great life with their family in Syria. They have a surprise birthday party for Yusra, with everyone knowing she's going to the Olympics to represent their country. Yet, we flash forward to 2015, and things aren't the same as they were. This is evident in one of the early moments in the movie, which have the two sisters dancing in a club while there are bombs being dropped behind them not too far away.

This is the reality the two of them face, which is truly heartbreaking and gut wrenching to watch. The cinematography by Christopher Ross is beautifully terrifying, but strategic in telling the story of the lives of these two girls. If Yusra wants a shot in competing in the Olympics, she definitely cannot do it in her home country.  This forces the two young sisters to leave their home country with their cousin Nizar (Ahmed Malek), both to save the girls' lives, as well as to help make Yusra's dream a reality.

This movie is both so powerful and moving, really immersing the viewer into the movie. Not only do we want the sisters in the movie to survive, and for their chances of going to the Olympics to stay alive, but the filmmakers are able to make the viewer care about the other characters that the sisters come across. Whether it is just in passing, or they get to know the other refugees going through the same hardship as them, the writing on this film is able to incorporate all of their stories into one beautifully harrowing tale of survival and love.

The two actresses who play the sisters in this film are incredible at embodying these roles. They are sisters in real life as well, which I think was a smart choice as they resemble each other very much, in both looks and attitudes. However, at the same time, the two sisters are completely different from one another, with one focusing on the swimming aspect and the other focusing on how they can help get more refugees across to safety. They are each different in both of their personalities and attitudes, which really helps set apart the two girls. Some movie have a hard time of distinguishing the sibling characters and their dynamics, but I think this film does it perfectly.

The dingy scene is so powerful and moving, as well as feeling very suffocating for the viewer. It is shot very well, and contains the elements it needed to to make the scene work in every way possible. It is hard to watch and feels very accurate to what actually happened in the real life event. I applaud everyone involved in making this scene because I think it is not only the most powerful scene in the movie, but you get a real sense of who the girls are and what they would do to both survive and help others.

This movie, at times, does run a little long and drags a tiny bit, but it doesn't really diminish the viewing aspect for the audience. It still keeps the same theme and tone throughout the runtime, and it perfectly shows the way the girls were able to get to safety and their rise back up to be successful swimmers in a more safe and prosperous environment. It may not have felt like it to the real sisters at the time, but they have inspired and encouraged a whole generation of people that you should never give up, no matter how hard it gets.