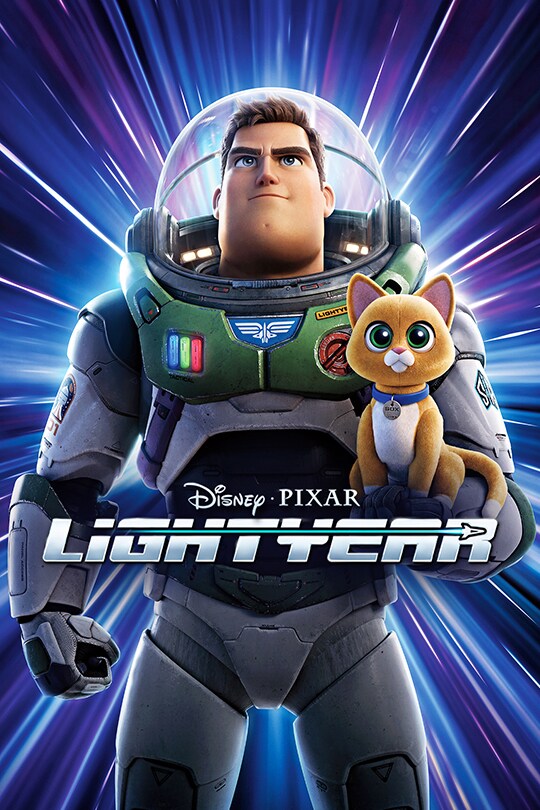 "Lightyear" opens with three title cards, informing the audience that this is the movie Andy watched in 1995, which warranted his want for a Buzz Lightyear action figure. Pixar is here marketing the experience that Andy had, which then spawned one of the most influential and famous cartoon characters of all time. However, if they want us to actually believe that this is the film that made Andy want a Buzz Lightyear toy, then Pixar does a horrible job, delivering a bleak film that contains little heart or soul, relying only on the fantastic animation and visuals.

The film opens on a spaceship landing on a planet, hoping to find this planet habitable for their race of humans. Two space rangers disembark, checking out the terrain before waking the science crew. These two are Buzz Lightyear (Chris Evans) and Alisha Hawthorne (Uzo Aduba), and they are some of the best space rangers in the force. However, what they don't expect is the planet to be inhabited with horrible parasite creatures, forcing them to try and make a quick escape before being consumed by the parasites. However, when the escape doesn't go to plan, they are marooned on the mysterious planet, with no real way home.

This first part of the film is perhaps the best part about this film. It is action-packed, and sets up a tone that the movie ultimately doesn't follow unfortunately. Our two characters are set up in a way that makes them seem like the main characters, which is only true for one of them. But, from the beautiful animation and amazingly written action sequence, it seemed like this film would be fun and acton-packed from beginning to end.

Well, that clearly didn't happen. This is the only good part of the film, and the rest is just a meandering mess accompanied by lazy writing. There are scenes where it seemed like we would get back to the great action from the first sequence, but it never does unfortunately. It's really just a boring mess of a film that isn't sure what it wants to be.

After becoming stranded on the mysterious planet, Buzz comes up with a bright idea of slingshotting around the sun and hoping there is a way back to their home planet. However, when he does this, it causes him to go into hyper speed, which makes him age slower than everyone else. Because of this, the numerous missions he goes on forces him to watch his friends and loved ones grow old and die before his eyes, leaving him alone and stranded in this strange new world.

I think this is the main thing I hate about this movie - Buzz is just a horrible character. Don't get me wrong, Evans does a fantastic job of playing this character with what he was given. Tim Allen should have played this role, and I will always stand by that. But, with what Evans did, he gave Buzz a real-world feel that sort of matches Allen's performances. But, the filmmakers craft his character in such a way that makes him a real unlikable character.

He is motivated by his own self-inflated ego, and because of that, it forces him to become saddened by everything he missed. They try to make the viewer feel bad for him, but it is simply impossible to feel bad for this character. He is honestly the real villain of his own story, and even when they do try to redeem him towards the end of the film, it really doesn't work. This movie just has no heart or soul behind it, and it seems like the biggest cash grab Disney ever tired to do.

There are some good characters in this movie that make it more bearable, including Izzy (Keke Palmer), Mo Morrison (Taika Waititi), and SOX (Peter Sohn), who steals every scene he is in. I honestly believe we should have gotten a movie with just SOX, and it would be much better than whatever this mess was. At times, I found myself wishing SOX was the only one in this movie due to his witty banter and cute personality.

In the first two "Toy Story" films, Zurg played a major role in Buzz's existence, showcasing him to be the Darth Vader to Buzz's Luke Skywalker (which is made even more obvious in the "I am your father" spoof in the second film). So, I don't think it would be unjustifiable for me to think Zurg is going to play a major role in this film. While he did serve as the main antagonist for the second film, he is such a forgettable and idiotic character. He doesn't do anything in this film, and then when the film tried to incorporate a huge plot twist concerning his character at the end, it just makes Zurg an even more ridiculous character.

I'm really not sure what Disney was trying to do here, but they fail so much throughout this film. They make the character of Buzz so unlovable and ridiculous that he does not mirror the character originally brought to life by Tim Allen. I was very disappointed in this film, and if this was Andy's favorite film, it's obvious he has horrible taste in film.