"The Banshees of Inisherin" Film Review 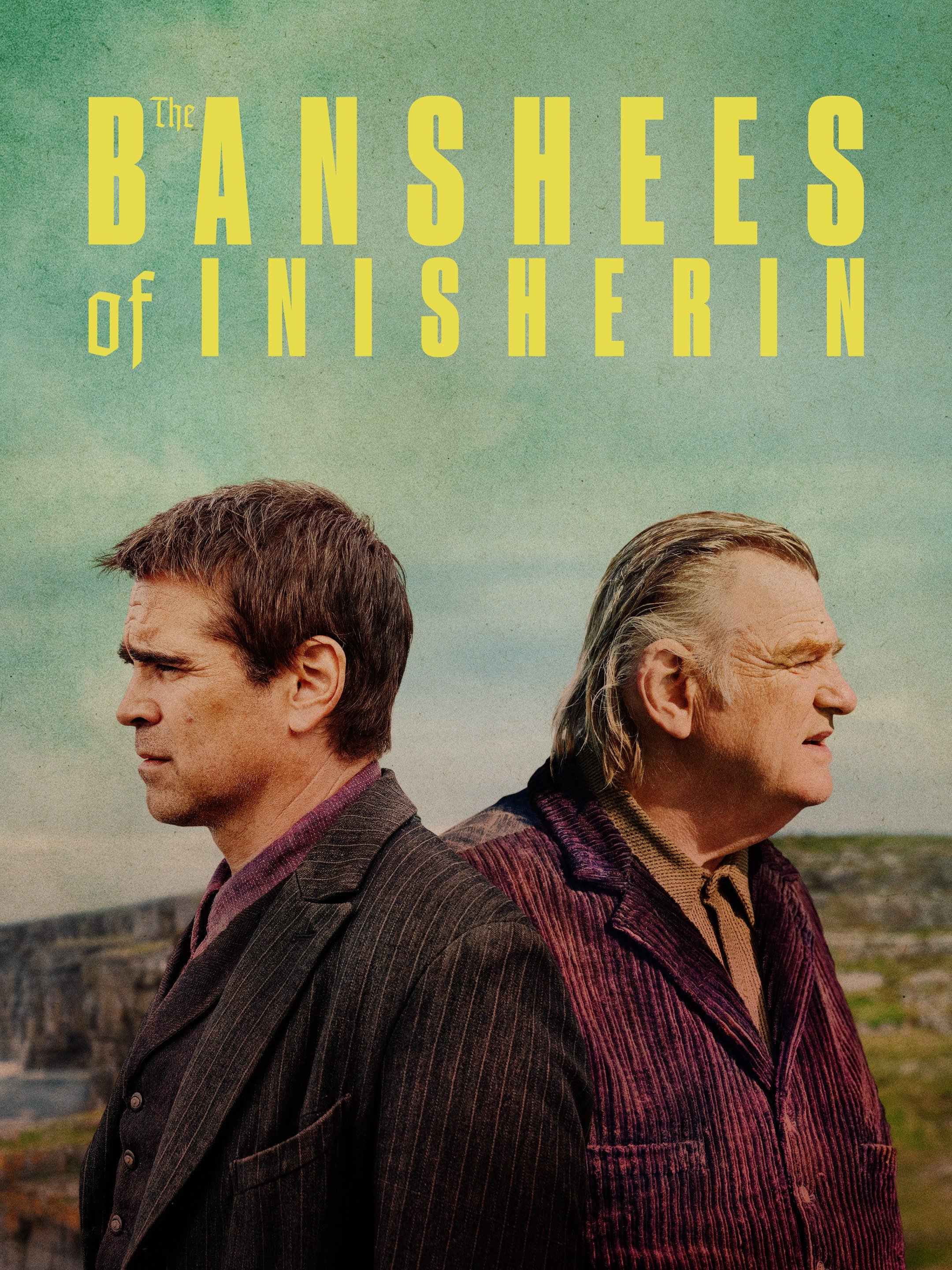 "The Banshees of Inisherin" Film Review

For his film "The Banshees of Inisherin", writer & director Martin McDonagh takes a simple idea and elevates it beyond what it is at its core, putting a dark tragicomedy spin on it. For a film that seems so simple yet so complex, McDonagh had to do everything right to make this film work, and he definitely did here, making this one of the best films of 2022.

Pádraic (Collin Farrell) seems like a norma, everyday guy. Him and his sister, Siobhán (Kerry Condon) live on the small remote island off of Ireland called Inisherin, where not a lot happens. Everyday, Pádraic meets with his friend Colm (Brendan Gleeson) at the local pub, chatting for hours over pints of beer and other alcoholic beverages. However, one day, when they are supposed to meet, Colm has decided he doesn't like his long-time friend anymore, and doesn't want to be acquainted with him.

This is a very simple plot, yet so effective for a film like this. With many other films having to add in a bunch of plot elements to further along a plot or deliver a more meaningful message behind the story, McDonagh knows how to do a lot with so little, as evident in this film. Pádraic obviously doesn't take this well, and tries to find different ways to talk and interact with his former friend, even though Colm has stated multiple times he doesn't want anything to dow with Pádraic.

I was waiting for this movie to deliver some meaningful and insightful dialogue into why Colm made the decision he did, but we never receive it, nor do we need it. He just wants to pursue other things and interact with other people besides Pádraic, and he doesn't owe us an explanation. Now, this is where the viewer starts to feel for both of the main characters. They totally understand where Colm is coming from as I'm sure every viewer has had a friend they didn't like anymore after a while. Maybe they did something to that person, or maybe their personalities weren't compatible anymore, like evident here.

Yet, it is so hard not to relate and empathize with Pádraic and his character arc. It must be incredibly hard to have one of the people you're closest to tell you that they don't want anything to do with you anymore. However, as the movie progresses, you can see that both of them still care for each other no matter what. Even if they express their hatred or unfriendliness for one another, it is hard to believe they still don't love one another. There are two major examples, one which I'll list here as the other is a spoiler. It is when Pádraic gets beaten up outside of a convenience story for remarks he made inside, leaving him bloody and battered on the road. Instead of just walking along and ignoring him, Colm helps him on his horse and makes sure his former friend gets home and inside safely.

Farrell and Gleeson do a fantastic job in this film, and they are great together on-screen. They have wonderful chemistry, and are able to sneak in those cheeky one-liners and jokes that are delivered in a much more dry way than other comedies. They both do an effective job of making you feel for both characters, while also liking both of them. At the same time, Condon and Barry Keoghan, who both play minor characters, really steal the scene every time they appear, especially the latter, who I think gives the best performance of his career so far here.

When you get into the second half of this movie, it takes a drastically darker twist, completely changing the tone and feeling around this film. It is referenced and mentioned throughout the movie, but we don't actually expect to see it until it happens. This picture does a very good job of combining tragedy with comedy, reminiscent of those that Shakespeare used to write. In actuality, when looking back, this film is very Shakespearean in a dark and humorous way.

McDonagh really shows how he's a master filmmaker, crafting a perfectly set-up film that works in a way you would never expect. All of the performances given in this movie by the main actors are so well done and really add a lot to the film as a whole. Not only is this a fantastic cinematic experience, but it will go down as a simple story that was made great by its performances and the messages underneath.