"The Nightmare Before Christmas" Film Review 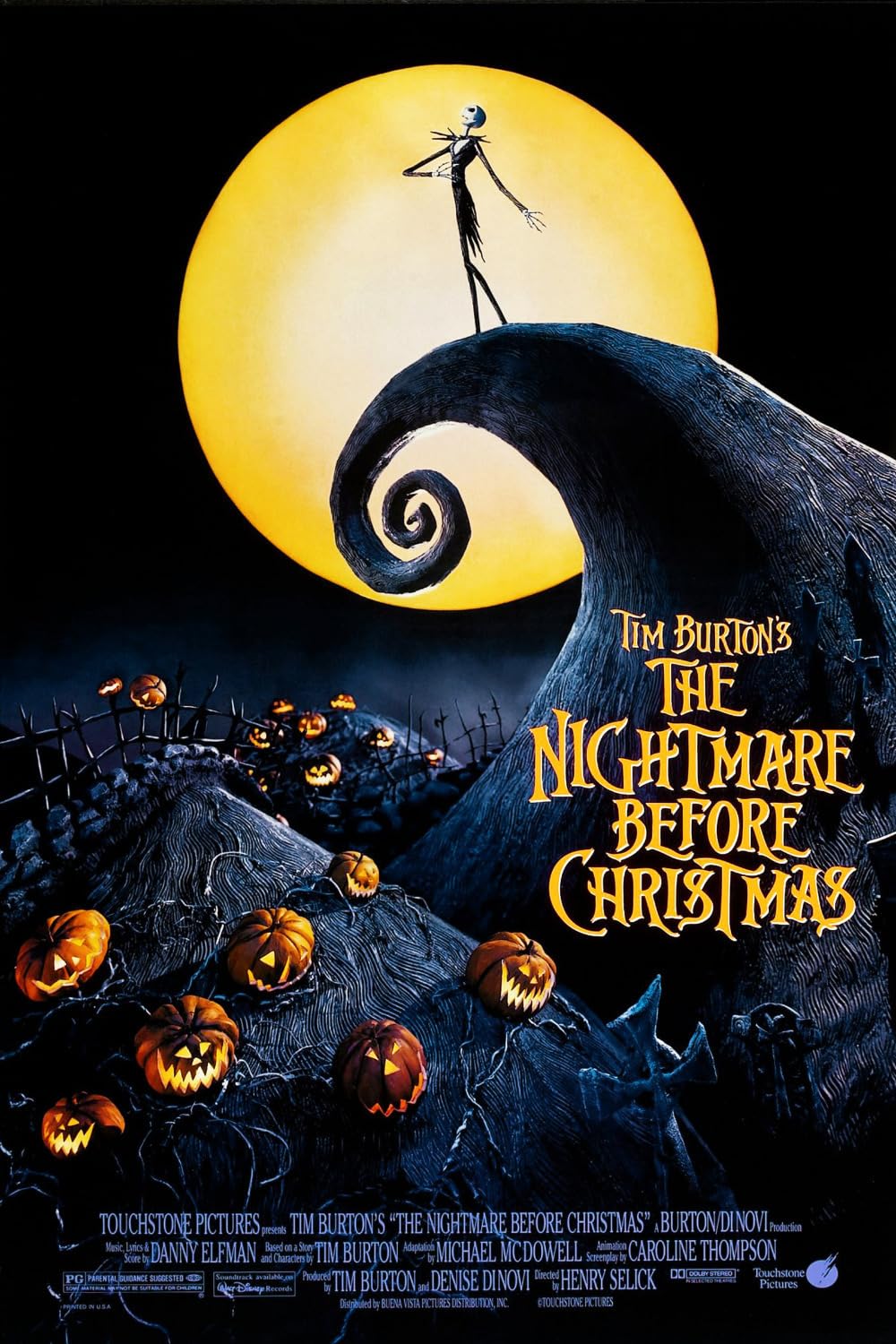 "The Nightmare Before Christmas" Film Review

Who would've thought that a movie about a skeleton who gets bored of Halloween and wants to take over the Christmas holiday would be such a Holiday classic? Yet, Tim Burton delivers a magnificent "feast for the eyes" that is able to seamlessly transport his viewers into these imaginative and crazy worlds that he comes up with. In a movie that contains beautiful world-building, magnificent characters who are hard not to love, and a wonderful message to the viewer, "The Nightmare Before Christmas" is one of the best Holiday movies, perfectly combining the worlds of Halloween with Christmas in a way we never knew could work so wonderfully.

There are seven different worlds that represent the various holidays that are celebrated: Independence Day, Thanksgiving, Easter, Christmas, Valentine's Day, St. Patrick's Day, and Halloween. Our story opens in the last world mentioned, aptly named HalloweenTown. There presides numerous ghouls, monsters, creepy clowns and trees, and many more nightmarish fiends who would haunt little kid's dreams. The leader of them all is a skeleton who is known as Jack Skellington (voiced by Chris Sarandon, singing voice by Danny Elfman). He is the master of terror, and everyone who knows him lets him know how powerful and great he is. Everyone except Sally (Catherine O'Hara) that is, who secretly is heads over heels for the powerful skeleton.

From the start of the film, with the citizens of HalloweenTown singing the catchy and memorable "This is Halloween", we, as the viewer, are able to get a perfect sense of what this place is and who its residents are. Just through a 2 minute song, it allows us to meet the numerous characters, and set up the hierarchy of power throughout the land. Jack is not only celebrated in this world, but it seems like he is perhaps feared at the same time. By showing this, it perfectly sets up his character arc and dilemma going forward.

Jack is tired of being the king of horror, and wants to bring joy to people in a different way from now on. He doesn't think he has the same capabilities to do his just correctly as he did when he was young, and ultimately wants to step down from his position. He's not sure what he wants to do, until he comes across a forest clearing which has seven doors present, each perfectly carved in seven trees in a circle. When he is attracted to the door with giant green tree, he falls in, landing in ChristmasTown. He is enamored and in awe of all the cheery elements of the town, and instantly falls in love with the town.

Due to his newfound obsession with this new town, he now decides he wants to be the new "Sandy Claws", and wants to spread joy and cheer across the world. What he doesn't realize is that other holidays can't take over for other holidays, which proves problematic for Jack and his team of helpers. At the same time, Oogie Boogie (Ken Page), who is Jack's rival, has something nefarious planned for not only Jack's new holiday, but for Santa Claus (Edward Ivory) himself.

The movie dramatically shifts tones when Jack lands in ChristmasTown. It ditches the scary and Halloween aspect for a more Christmas feeling, which is perfectly captured by the beautiful scenery and world-building that Burton and director Henry Selick seamlessly create. After Jack lands in ChristmasTown, it seems like that is when the movie truly takes off, and it is such a wild and fun ride. Accompanied by a great soundtrack by Elfman, the movie starts to take off and let the characters do their thing, which is one of the best things about this movie. It has a story and moves at a decent pace, but the overall stretch of the movie is just the characters interacting with one another and trying to figure this whole Christmas thing out. The filmmakers just let the audience have time with the characters, which I think is truly one of the best things about this film.

All of the characters are so much fun, and the actors and actresses that play their respective characters all do a fantastic job. From Jack to Sally to Oogie Boogie and his henchmen, Lock, Shock, and Barrel, this movie contains the nuttiest, yet most fun, set of characters you'll ever see in a film like this. The writing of the script and the songs really go hand-in-hand with one another and really capture the feeling and tone of this whole movie, which perfectly blends together a scary and cheery vibe.

One of the most impressive things about this movie is the use of stop-motion animation. This entire film is created practically, and Jack alone has over 400 different faces for the film. It was reported that for a week's work, the filmmakers only captured about 70 seconds of the final movie, resulting in this movie's production taking over three years to complete! It is absolutely awesome how they were so dedicated to crafting this beautiful film, and their work definitely paid off in the end with this wonderful final product.

It's obvious this film has a major cult following that it generated that is still very active today. Anytime you go to a Disney theme park during the holidays season, it is hard to escape this film everywhere you look, with merchandise constantly selling out and Disneyland even transforming their classic Haunted Mansion ride into "The Nightmare Before Christmas" for a few months out of the year. I don't ever see the love and appreciation for this film ever dying out soon, and for good reason as well as this is truly one of the best Halloween and Christmas movies ever made.