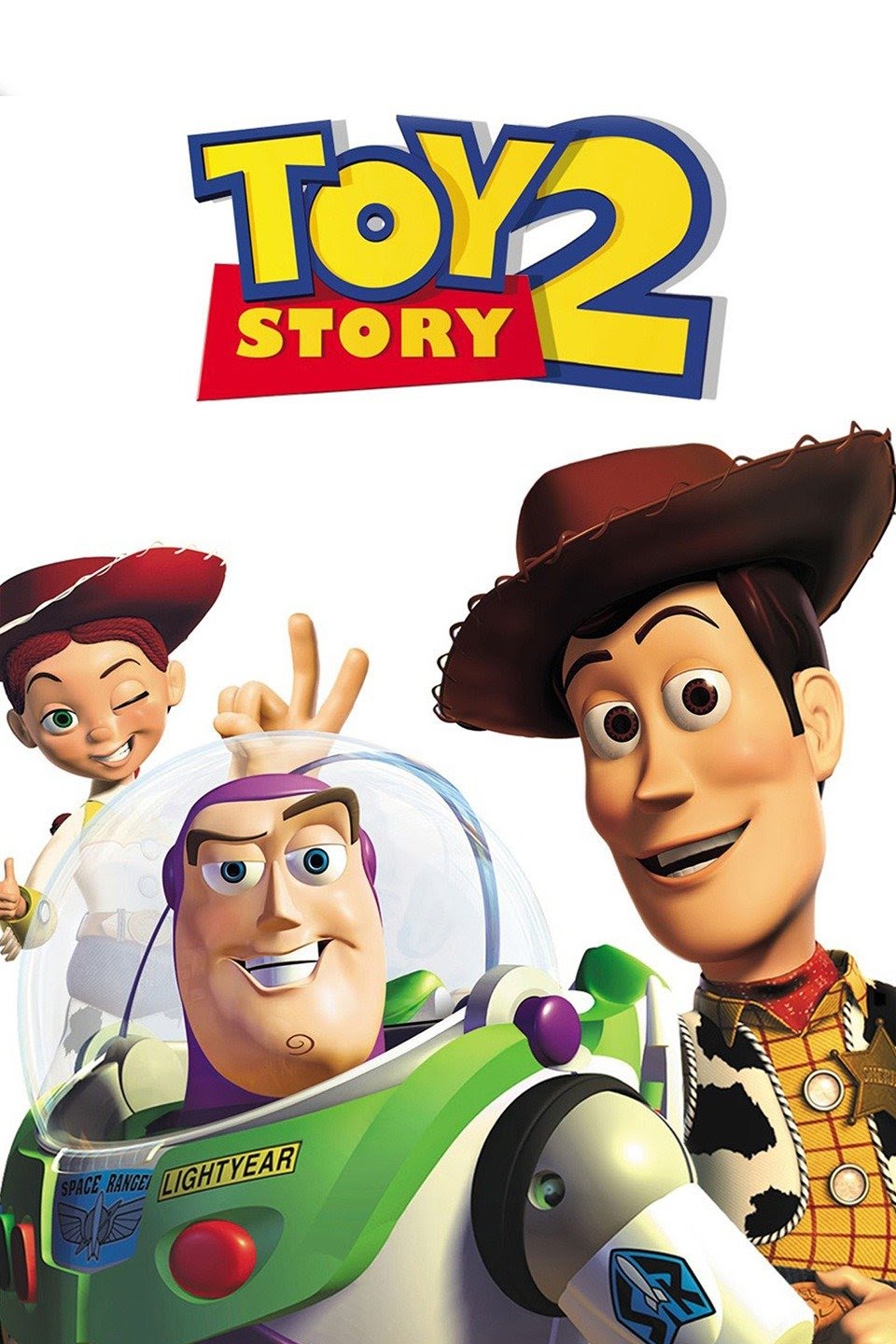 It seemed like Pixar struck a gold mine with "Toy Story", delivering a beautiful and revolutionary animated film that helped put Pixar on the map. When it was revealed that Pixar was going to turn the sequel to their first film into a theatrical release rather than a straight to DVD film, I'm sure curiosities were piqued as to see how Pixar was going bring back these iconic characters and set them up on another mission. Somehow, Pixar was able to avoid the dreaded sequel curse, and delivers a fun and heartfelt film that some viewers consider better than the original.

"Toy Story 2" opens up a couple of years after the first film, and everything is tranquil in Andy's bedroom. All of the toys become closer than ever, especially Woody (Tom Hanks) and Buzz Lightyear (Tim Allen), who practically hated each other's guts in the first film. Woody is actually getting ready to go to cowboy camp with Andy until he suffers a rip in his arm during playtime, forcing Andy to leave Woody home while he goes to camp. Because of that, he is placed on a shelf of discarded toys, where he discovers Wheezy (Joe Ranft), a penguin toy whose squeaker is broken.

While Andy is gone, his mom decides to host a garage sale at their house, taking Wheezy to be sold. On a mission to rescue his friend, Woody sneaks out of the house, hoping to bring his friend back home. However, when he is out in the yard trying to save Wheezy, he is then abducted (or, I guess you can say stolen since he really is just a toy) by a creepy man named Al (Wayne Knight), who owns a local toy store. It turns out he has been collecting different memorabilia around Woody and his crew, including the old tapes of the show, a record player, and first edition dolls of Jesse (Joan Cusack), Stinky Pete (Kelsey Grammer), and Bullseye.

Like in the first film, Woody spends most of his time away from the regulars present in Andy's room. He spends most of his time in Al's apartment, stuck with the other toys he interacts with. However, unlike the first film, this movie shows Woody genuinely having a good time, allowing him to befriend the other toys from his old television show and becoming ok with the aspect of being sold to a museum and never having a child owner again. Because of this, the filmmakers had to make Jesse and the other members of their gang very lovable, which they do succeed at.

One of the most iconic (and heartbreaking) Pixar moments takes place in this film, when Jesse starts to explain how her child dumped her as she got older, accompanied by a heartbreaking ballad. It is very upsetting and depressing, but it shows how Pixar is able to show raw emotion and feelings, which some Disney films do lack. Throughout the 20 plus years of Pixar films, it is made evident that they like to tackle heavier messages. and deliver more heartfelt messages and films to its fans. Should I mention the opening scene of "Up" or the. Mama Coco scene in "Coco"?

At the same time this is all going on, Buzz wrangles up all of the toys in Andy's toy chest to go and save Woody from the evil chicken man. Their journey takes them to Al's Toy Barn, construction sites, and Woody's eventual rescue, which Buzz finds out a dark secret about his parentage. This is definitely the best  part of the film in my opinion, and I love watching Buzz and the gang interacting with the environment around them. At the same time, when the Star Wars-esque scene appears (you'll know what I'm talking about when watching this movie), it is hard not to fall in love with everything this film is doing. While Woody's storyline is more focused on finding oneself and the more heartfelt moments throughout the movie, I truly think the segments with Buzz and his friends are the best parts about this movie for me.

I do think in terms of witty comedy and better one-liners, the first film takes the cake. But its sequel, on the other hand, just has something special about it that it seems like only Pixar could achieve. Instead of releasing a cheesy sequel that would have ended the "Toy Story" franchise for good, the filmmakers come together and give this film their all, which is evident in every scene of this fantastic movie. I applaud the filmmakers for making one of the best Disney sequels ever made, and I'm glad this will go down as one of the best animated franchises of all time.