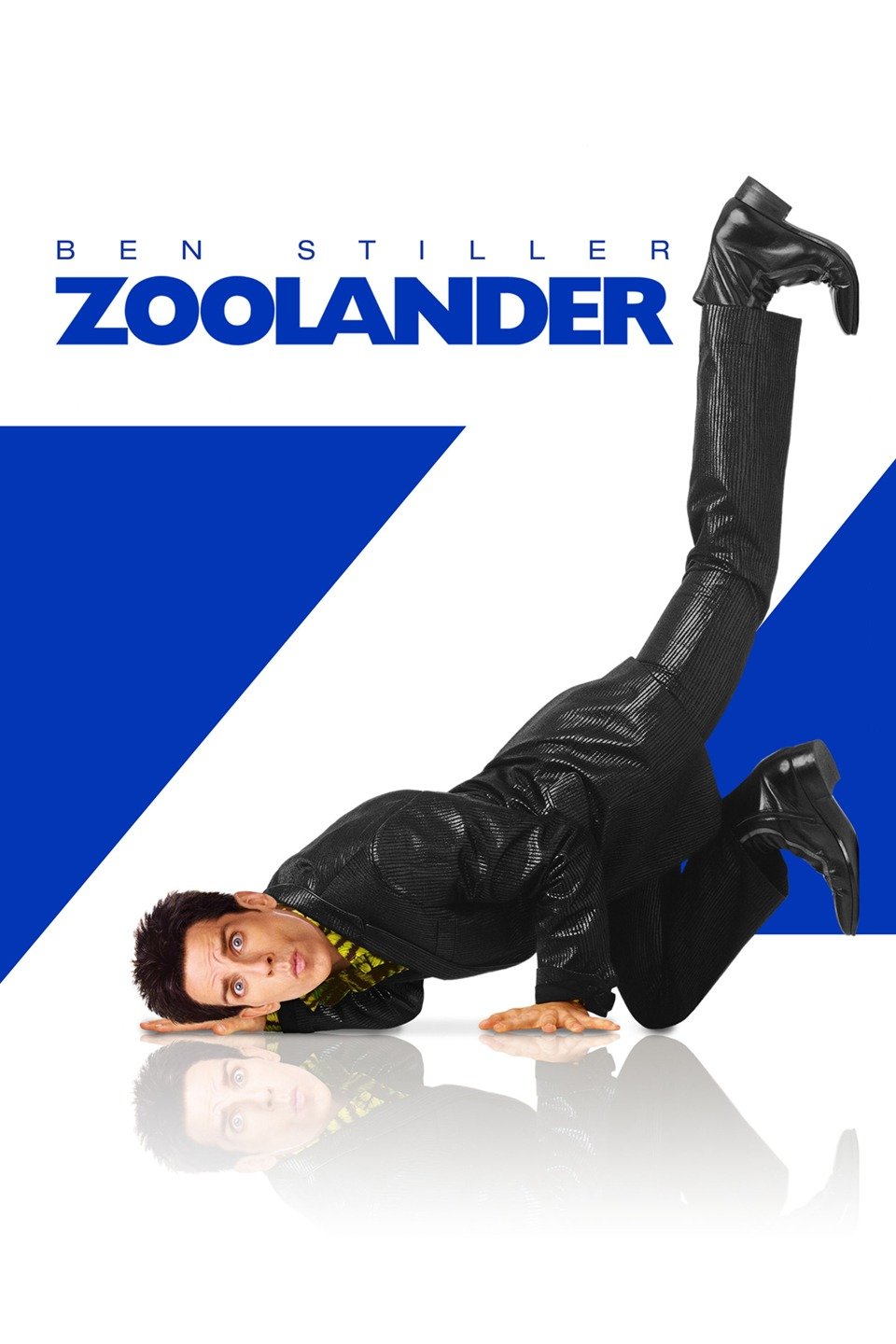 Believe it or not, I watched "Zoolander" for the very first time the other night, and believe me when I say, I so desperately wanted to like this movie. From what I have heard about this movie and from the viral memes being made with some of this film's scenes, it seemed like it would be right up my alley in terms of comedic material. Unfortunately, I found myself becoming more and more annoyed with this film as it went on, with only moments of hilarity sprinkled throughout. This film could have easily worked really well, but Ben Stiller and the filmmakers on this movie decided to add in numerous unfunny, cringe-inducing scenes that simply do not work or entertain in the slightest.

The film is centered around the titular character, Derek Zoolander (Stiller), who is the world's most famous male model. He is credited for creating numerous modeling poses, even though they all look the exact same (which Will Ferrell's character blatantly points out toward the conclusion of the film). He has won the Male Model of the Year award for the past three years, and he thinks he'll be able to sweep the award again for the fourth year in a row. However, this year he has competition in Hansel (Owen Wilson), who has made a major impact on the modeling world in his debut year.

When Hansel wins the award in a major upset, it forces Derek to rethink his career choice and how he wants to go forward with his life. He contemplates going back to the mines with his father, which he tries and ultimately is not good at. However, the most famous fashion designer in the world, Mugatu (Ferrell), decides he wants to create a whole line based off of Derek and his modeling career. Even though Derek thinks he is just modeling clothes, what he doesn't realize is that Mugatu is trying to brainwash him into murdering the Malaysian Prime Minister. With the help of reporter Matilda Jeffries (Christine Taylor), will they be able to stop Derek from murdering one of the world leaders and save both the fashion world and the real world?

When I read the brief synopsis for this movie before sitting down and watching it, I was honestly very excited. It sounded like something that would be my cup of tea, and I was very interested to see how Stiller would perform and direct this movie. Unfortunately, the story and writing is just not there. Even though you would think that the movie would be about trying to save Derek before murdering the prime minister, it is just a huge jumbled mess that doesn't know exactly what it wants to be. It seems like Stiller and his filmmakers put four different films together unsuccessfully and tried to release it as one film, which, surprise-surprise, doesn't work.

I also don't find most of the humor funny. The character of Derek and Mugatu come off as annoying and frustrating most of the time, and I honestly wish they wouldn't have any lines in this film. There are some great comedic moments, like when Derek's friends accidentally set themselves on fire after pouring gasoline all over themselves and Derek in the mines with his father and brothers, but good comedy is very far in between in this movie. If Stiller and his team of writers tried to make more comedic moments like this instead of being edgy, I think this film would have worked a lot better for me. For example, what was the point of the orgy scene towards the end of the movie?

I did enjoy Wilson's character quite a bit. I thought he was pretty funny in the scenes he was in, and I'm just happy he wasn't as stupid as Derek was. That's another major problem though - if you can't like the main character, then this movie isn't going to work. And that's exactly what happened here. I think instead of trying to put in elements of "stupid comedy", they could have worked on making the character of Derek more lovable and fun, rather than annoying and stupid. Stiller really isn't proving anything here rather than he is good at being annoying.

Am I honestly shocked I didn't like this movie? Not really. I figured this movie would go over-the-top with the ridiculous elements of comedy and not have a very good story, but I still had my expectations pretty high for this. Is that the reason I didn't like it as much? I don't know, but one thing I do know is that I will not be watching this movie again willingly. Perhaps the only way I could possibly watch this movie again is against my will, like how Mugatu brainwashes Derek.