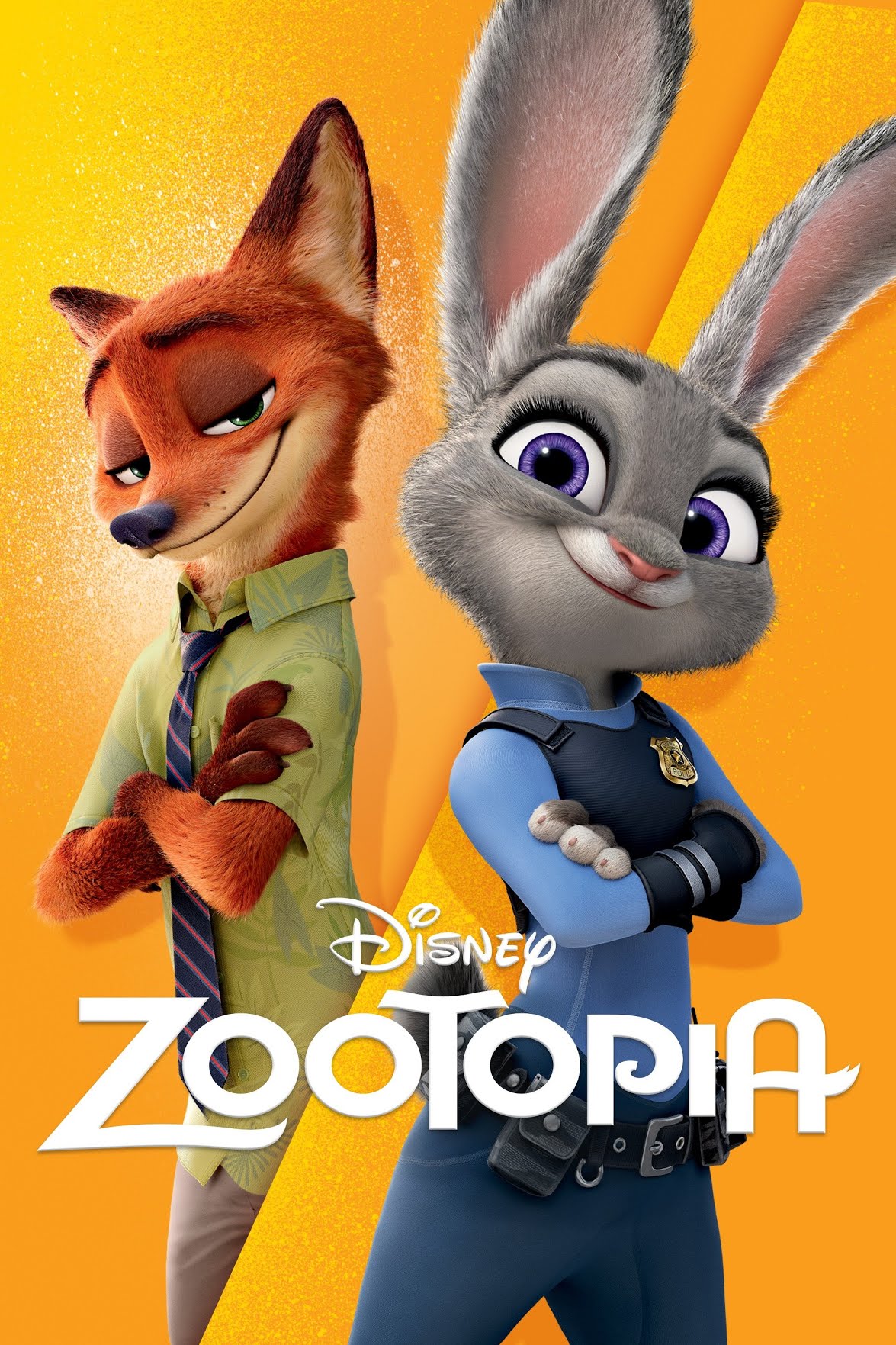 The first few moments of Rich Moore and Byron Howard's "Zootopia" sets up the film perfectly. Three kids of different animal species are on stage, showing how the times have changed and they can be whoever they want to be in the land of Zootopia, the place where anybody can by anything. We then meet Judy Hopps (Ginnifer Goodwin), who wants to be the first bunny police officer and will stop at nothing to achieve her dream. This is the beautiful overarching story around this whole film, which is a hilarious and fun representation behind the message of never giving up until you reach your dreams.

We then flash forward numerous years to see Judy in the Police Academy, which proves to be a rough go for the small bunny. However, she is able to power through and rise up the ranks, becoming the ZPD's first bunny police officer. She then moves to her dream town of Zootopia, where she thinks she is going to get some high-profile cases, when in actuality she is assigned the position of meter maid. However, when a missing otter case catches her attention, she promises the wife of the missing otter she will solve this case and bring her husband home, against the wishes of the Police Chief Bogo (Idris Elba).

In order to help her solve the case of the missing otter, she enlists petty criminal Nick Wilde (Jason Bateman) to help her solve the case, saying she'll arrest him for his felony tax evasion if he does not agree to help. What ensues is a chaotic mission the two must go on, where not only do they find out more and more about the case, but they really find who they are and where they fit into in society.

This is without a doubt one of the most fun Disney film in its canon, mirroring the fun and humor found in films like "The Emperor's New Groove" and "Lilo and Stitch". It is jam-packed full of humor and strong comedic moments, such as the times where the duo goes to a nude colony and then the DMV, which is ran and operated by sloths. They are able to use this social commentary and satire to their advantage, which not only kids will find funny, but the adults watching it with them will find even more hilarious as it is very true.

These comedic moments are made even better by the main duo, especially Bateman's character. He delivers his lines with such dry humor that it is hard not to laugh at whatever he says throughout the film. They both really steal the scene whenever they are present, and I think the writing is perfect for these two characters. In a way, they sort of serve as foils for each other, with Judy being the leader who is very focused and driven while Nick is just sort of following behind and is the humor of the film for the most part.

As the movie does go on, the two characters start to open up and become closer to one another, showing their true colors and who they really are on the inside. I feel like in many animated films, we don't really see this too much, and I think Disney and its filmmakers did a great job of seizing the opportunity to really break down and open the characters up, showing us what matters on the inside. Consider the scene where Nick reminisces on his childhood, talking about how he was bullied and abused for being a fox when all he really wanted to do was fit in. It's a heartbreaking scene, but pushes the message this film is trying to convey.

That message is that anybody can do anything, as long as they can put their mind to it. Take Judy, for example. She so badly wanted to be the first bunny cop, and when she put her mind to it and gave it her all, she was able to achieve her dream. This is a very positive and moving message for everyone who watches this movie, as viewers both young and old have dreams they want to see come true. At the same time, it also pushes the message of not judging or discriminating others based on how they look or their background, which is a major message that needs to be pushed today. I think this film does a fantastic job of conveying these messages to the audience, while also providing an enjoyable movie experience.

I also really enjoyed the minor characters, including a donut-hungry police officer (Nate Torrence), a petty criminal who does things as robbing flower stores and selling illegal DVDs (Alan Tudyk), and an Arctic Shrew who resembles that of Don Corleone in "The Godfather" (Maurice LaMarche). There are many more minor characters that are great, such as Elba's police chief, but these three really steal the show for me. They all represent different versions of people in the real world, and I think the writing on these characters is impeccable.

Personally, this is easily one of my favorite Disney films due to how enjoyable and fun it is. I think all of these characters are perfectly written, and the story is so fun and energetic from beginning to end. I do think Disney has the potential to pursue more stories in the world of Zootopia, like they did in the short series based on the film on Disney+, but I hope we get to see more of these characters and this world in the future.